Highlighting Ideas from Up For Debate: Exploring Math Through Argument by Chris Luzniak

What is a Math Debate?

If the word “debate” conjures up images of stuffy competitions and students wearing suits, you’ll be pleasantly surprised that this is not at all the kind of debate that high school math teacher Chris Luzniak describes in his book, Up for Debate.

Instead, Chris focuses on making math debate an everyday, accessible routine. Students start small, debating everyday questions such as “Which is better, cats or dogs?” Before long, students are using mathematical language to debate which is the best way to solve a system of equations. As Chris writes, “Imagine all the ways we can raise our students’ voices if we add frequent debate to math lessons.”

Are you wondering what this looks like in action? Take a few minutes to watch this video of debate in action in Chris’s math classroom. In it you’ll see a classroom culture in which highly
engaged students do the talking, explain their thinking, and critique each other’s reasoning.

Chris writes that “to create debatable moments in class, we need to open questions to students’ opinions and give students a chance to have something to say. We need open-ended questions--those with more than one answer--and ‘opinion-ended’ questions--ones that allow for students to develop arguments.”

But how do we come up with these kinds of questions when most of the questions from our textbooks are closed, with one right answer? 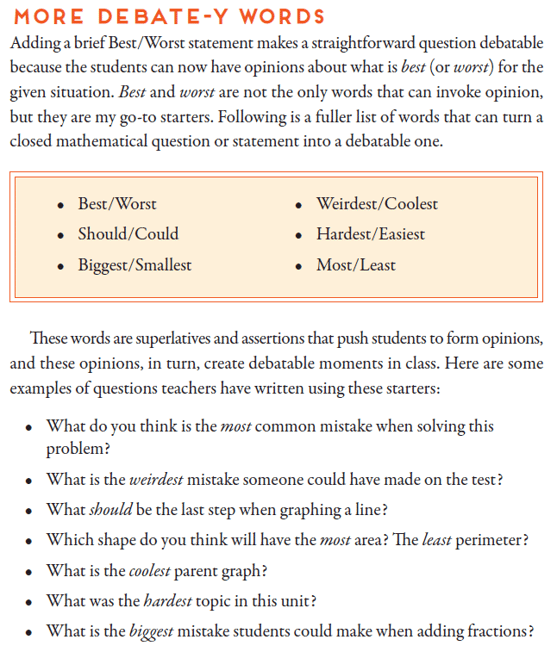 Even seemingly traditional problems from textbooks can be made debatable using this strategy. 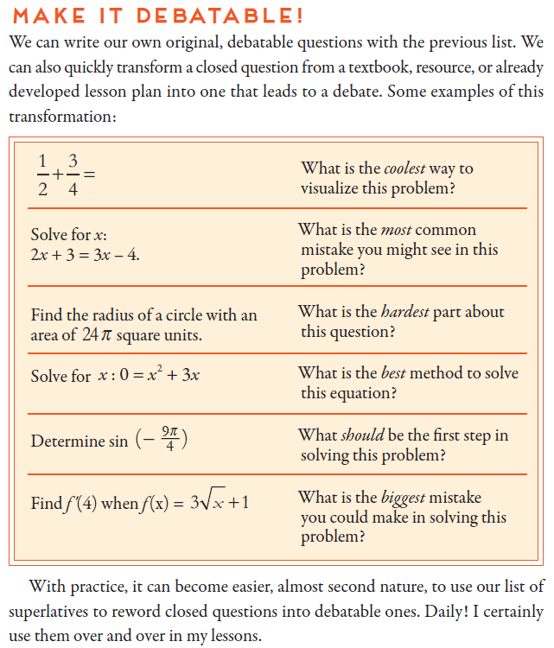 To learn more about creating debatable questions, check out Chapter 3 “Question Round” from Up For Debate.

Chris has curated some sets of debate cards by math topic, created by himself and other math educators. Give them a browse and see if there’s one that makes sense for your next math class! And while you’re at it, head on over to our website to read more about Up For Debate, including a free preview. Want even more #DebateMath? Tune in to Chris’s new podcast, “Debate Math,” on which “math lovers, math teachers and math students come together to explore arguments.” 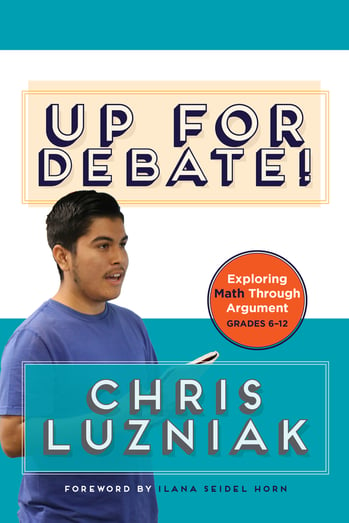