Joyful Learning Through Play (One Thing You Might Try . . .)

In this One Thing You Might Try… blog post, Wendy Rodrigues Fu writes about the power of child-centered classroom play and the benefits for kids of all ages. 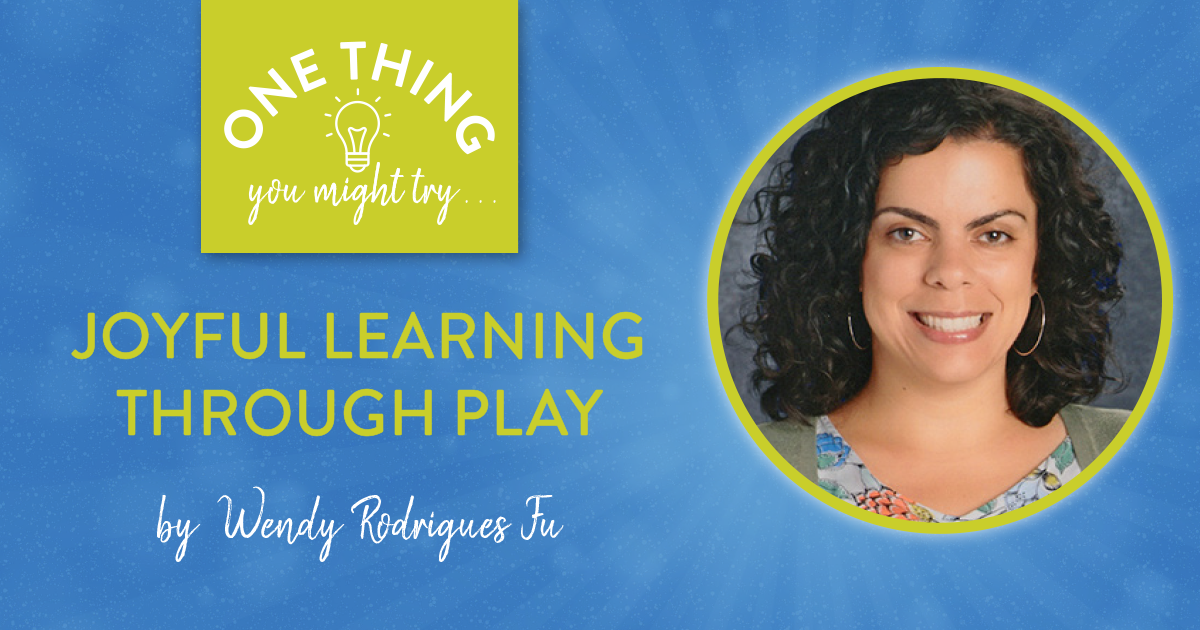 Although some of my happiest childhood memories are of times when I was deeply engaged in play, for many years I never considered how play might help my second-grade students. I thought play was only to be used as a reward, and that it would take time away from the “real work” my second graders needed to do.

Over the last few years, my thoughts about play have started to shift. First, I became interested in music, and started playing the ukulele in my classroom. We used music for transitions to and from our whole group meeting area. I learned songs to reflect whatever we were learning, and we would sing them together. These musical moments brought a lot of joy to our room and felt like play. I began to notice other educators who embraced play. Soon I found myself reading and studying everything I could about play in the classroom.

All this thinking about play being essential to childhood intrigued me, and I decided to find a way to incorporate it into our day. Then the pandemic hit. Once we started going to school virtually, I was suddenly getting a front row seat to my second graders’ daily home lives. Dolls joined us for story time, Legos were strewn about in the homes of many students, and a myriad of toys showed up during our daily scavenger hunts. Seeing my students’ joy as they played opened my eyes to the fact that while they might seem like mature second graders when they’re in the classroom, they’re still little kids. Suddenly it seemed so obvious that play wasn’t a frivolous extra. It was necessary for their social, emotional, and academic growth.

Seeing my students’ joy as they played opened my

mature second graders when they’re in the classroom,

that play wasn’t a frivolous extra.

Finding Our “Why” for Play

As we planned for returning to school in person, I thought about how I’d make play a priority in the classroom. My reasons for play included giving students more opportunities to practice social skills, as well as providing time to practice oral language. I suspected that while staying home many kids had missed out on opportunities to express themselves and problem solve with peers, and I thought their learning would suffer because of that. What better way to address these areas than through play?

I did a lot of reading and discussing with colleagues about what this kind of play might look like in the classroom, but I really didn’t know what to expect. I decided I would come up with a structure, we’d get started, assess how it was going, and make adjustments based on what I had observed.

But What Do We Play With?

I didn’t have many toys when I decided to make time for play in my classroom. I had a couple of buckets of Legos and some math manipulatives. I sent out a wish list to families that included some magnet tiles and wooden dolls. We didn’t start with much, but that was fine. It turned out that a few simple materials was all the kids needed to spark their imaginations for a rich and engaging play time.

Structures for Play in the Classroom

We had play time twice a week that year, and we used a basic workshop structure. We’d gather together on the carpet and outline our goals for the playtime. Sometimes I would ask them to look for something specific during their play. For example, if we had been reading books and talking about how to solve problems, I might say, “Today, I’d like you to look for friends in your group who are solving problems. Be ready to share what you notice.” Many of the social skills we addressed during our morning meeting were practiced during our play time.

“Today, I’d like you to look for friends in your group

who are solving problems. Be ready to share what you notice.”

Other times, I’d have students set a goal for themselves. It was always amazing to see them develop their own focus for the day. They might decide to focus on cooperating with others or trying to use the materials in different ways. As time went on, students’ goals became more sophisticated. 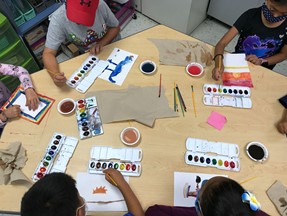 Due to COVID protocols, we weren’t allowed to let children mix groups, so we rotated through the play materials like you would with traditional centers. It worked fine, but I look forward to giving them free choice in the future. We had an art area (with various projects throughout the year), a dollhouse, Legos, magnet tiles, and a rotating set of math manipulatives.

While they played, I walked around and observed. I looked for any interesting interactions that supported our goals for the day. I took pictures and videos of groups playing that I thought I might be able to share later. I made a note of children who might have something interesting to share with the whole class. Mostly, I listened, and tried not to interfere in what they were doing. Sometimes I would try to nudge their thinking a bit by asking questions like, “What else could you do with that?”, “What might you try next?”, or “Did this bring up any questions?”

Mostly, I listened, and tried not to interfere in what

they were doing. Sometimes I would try to nudge

“What else could you do with that?”, “What might you try next?”,

or “Did this bring up any questions?”

Students played for about fifteen minutes, and then we’d come back together to share. The sharing time was always fascinating to me and was where so much of the learning took place. In the beginning, I’d point out things I noticed. I’d share conversations and pictures of students during the play time. We’d talk about what went well, and what could be improved upon.

Then somewhere along the way, the children took over the sharing, and I just observed, and occasionally nudged if the conversation stalled. They started bringing samples of their work, or sketches of what they had done. They asked each other questions and built on each other's ideas.

The Possibilities of Play 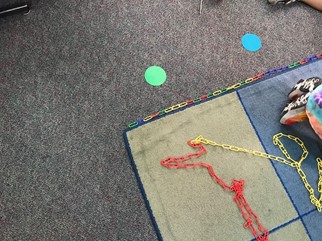 We initially used lots of math manipulatives during our play time because we didn’t have many other toys in our classroom. Surprisingly, those manipulatives became some of the most loved activities, and generated the most discussion. I set out plastic links, which eventually led to a discussion of the perimeter and area of the carpet. I set out money, and it evolved into playing store and making change. I would sometimes put out manipulatives that students would need for upcoming math units. Getting a chance to play and explore before they encountered the tools in math helped so much. 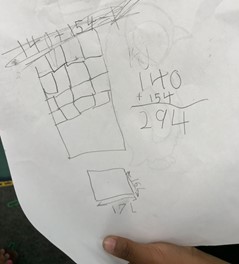 A month or so into the year, students decided to record their thinking during their play so that the next group that played with the toys would be able to build on their ideas. They wrote ideas in a notebook and left post-its for each other. We recorded any lingering questions that came up during the play time to see if another group could answer them. We talked about the possibilities for other ways someone might play with the manipulatives.

They wrote ideas in a notebook and left post-its

for each other. We recorded any lingering

questions that came up during the play time to see if

another group could answer them.

Students labeled rooms in the dollhouse, made little costumes for the peg dolls, and wrote plays about their characters. They built fantastic Lego creations. One fine day someone decided to use the Legos to write messages. My teacher heart was so happy to see them using their literacy skills in their play. 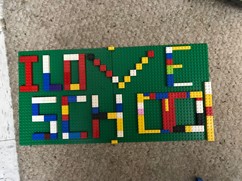 My goals for the play time were to help them build social skills and strengthen their oral language skills, which it did. They talked to each other, got to be silly, solved problems, and gave each other compliments. But I was surprised and pleased by how much content learning naturally occurred as the result of their play. Best of all, the learning felt authentic and joyful. Incorporating play into our classroom turned out better than I could have hoped for, and I look forward to seeing where play takes us this year.

Wendy Rodrigues Fu is a teacher in the San Francisco Bay Area. After primarily teaching second grade, she is beginning year sixteen of her teaching career with a new adventure - fourth grade! She is Reading Recovery trained, and loves everything and anything to do with literacy and play. You can connect with Wendy on Twitter @wendymrodrigues. 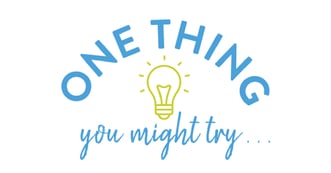