PODCAST: Stories from Behind the Scenes of Why Do I Have to Read This? 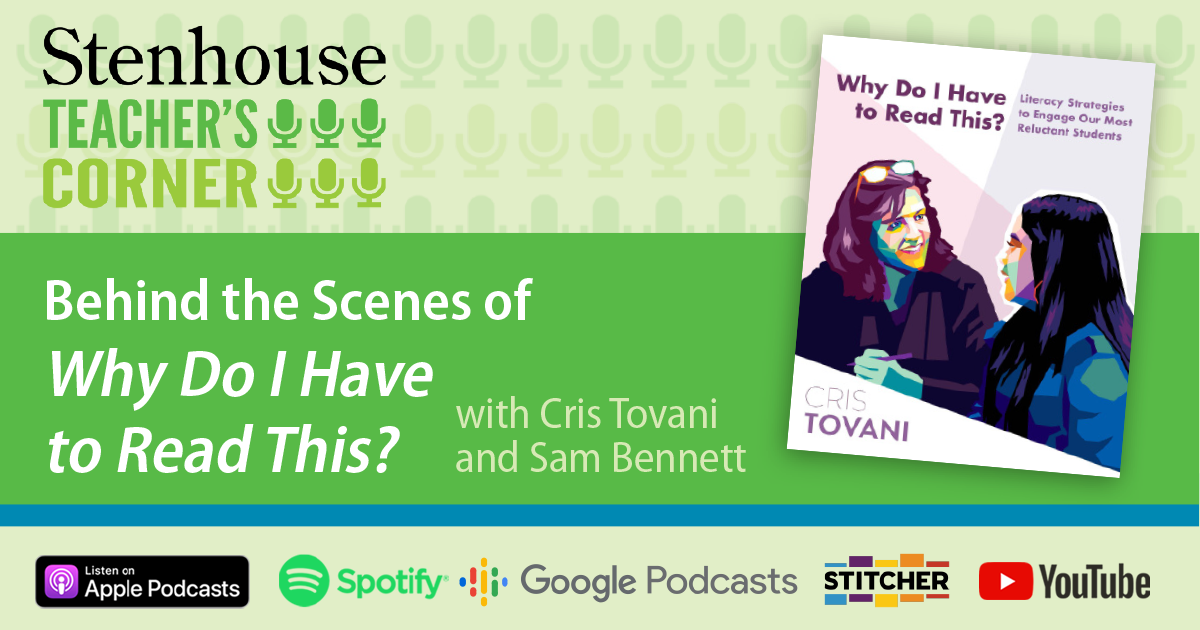 In this episode of Teacher's Corner, we talk to author, Cris Tovani, about her new book, Why Do I Have to Read This? Literacy Strategies to Engage our Most Reluctant Students with her instructional coach/editor/friend, Samantha Bennett. Cris and Sam reflect on their long relationship with one another, and share the stories that helped shape the book.