POPCast, Episode 1: An Overview of Patterns of Power, Grades 6-8 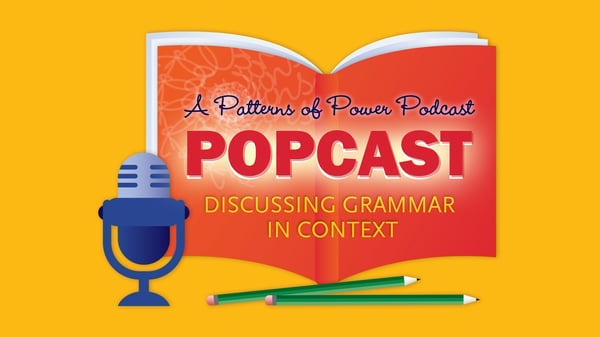 Welcome to Episode 1 of POPCast with Jeff Anderson and Travis Leech, co-authors of Patterns of Power, Grades 6–8!

What do adolescent writers truly need to know about the conventions of language to read and write? How do we teach them? Do these crucial communication skills require a right-or-wrong approach or one that focuses on meaning and effect? Correction or creation? Limitation or possibility? Memorization or inspiration? And what, pray tell, will inspire middle school students to write pages that spill over with enthusiasm, thought, and authenticity?

The Patterns of Power process creates an environment in which writers study and appreciate the beauty and meaning of grammar and conventions rather than fear and avoiding mistakes. Focusing on language’s power to inspire and affect us will generate writers who naturally come to know and use the patterns of the English language. In this episode, hosts Jeff Anderson and Travis Leech discuss an overview of the Patterns of Power process, with following episodes going in-depth into each of the steps of the process.

For over thirty years, Jeff Anderson has inspired writers and teachers of grades K-8 with the power and joy of the writing and grammar. He has written eight books for Stenhouse Publishers. He also writes middle-grade novels. Travis Leech is currently a middle school instructional coach in Northside Independent School District in San Antonio, TX. He has thirteen years of experience in education, including teaching middle school English Language Arts and as a gifted and talented specialist. 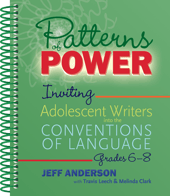