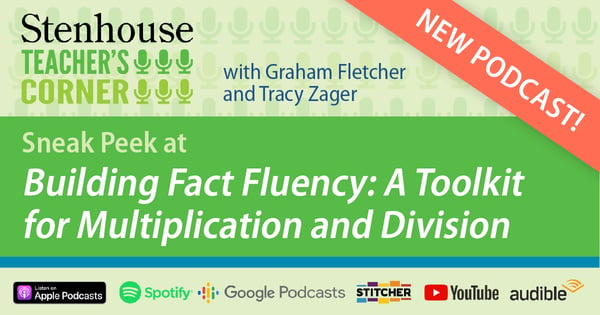 In this episode of Teacher's Corner, Graham Fletcher and Tracy Zager share a sneak peek of the upcoming Building Fact Fluency: A Toolkit for Multiplication & Division and discuss the purpose and challenge of creating intriguing and accessible contexts for students.