Who Should Use Building Fact Fluency? 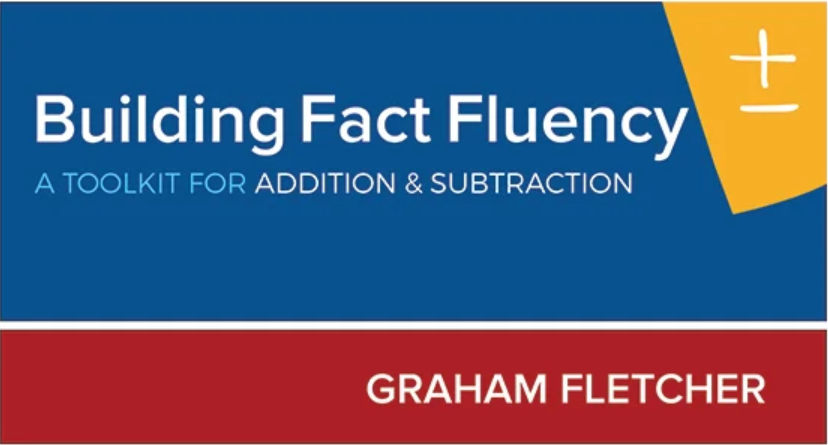 We're just a few weeks away from the release of the much-anticipated Building Fact Fluency: A Toolkit for Addition & Subtraction by Graham Fletcher. Graham and our talented editorial and production teams have thought of everything--from engaging games and videos for both teachers and students, to making sure educators are equipped to use it in a remote setting with ease.

All your favorite in-person workshops, seminars, and conferences got cancelled, and finding the funding for virtual PD is becoming a challenge. We want to help. 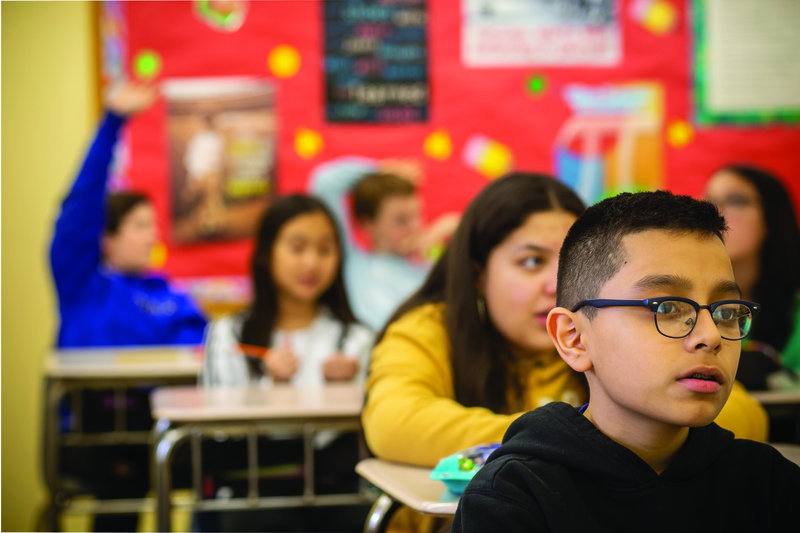 Being a new teacher entering into the first year of teaching is always going to have its challenges. But this year? We're willing to bet that some trusted guidance is necessary. So since we can't be right there with you, we wanted to offer a list of new-teacher essentials that we think might help to have on your shelf for when you need advice from the experts. And while these books weren't written specifically for online instruction, the ideas can be applied in any setting should you find yourself teaching from home this fall.

PODCAST: Listening and Talking Across Literacy and Math 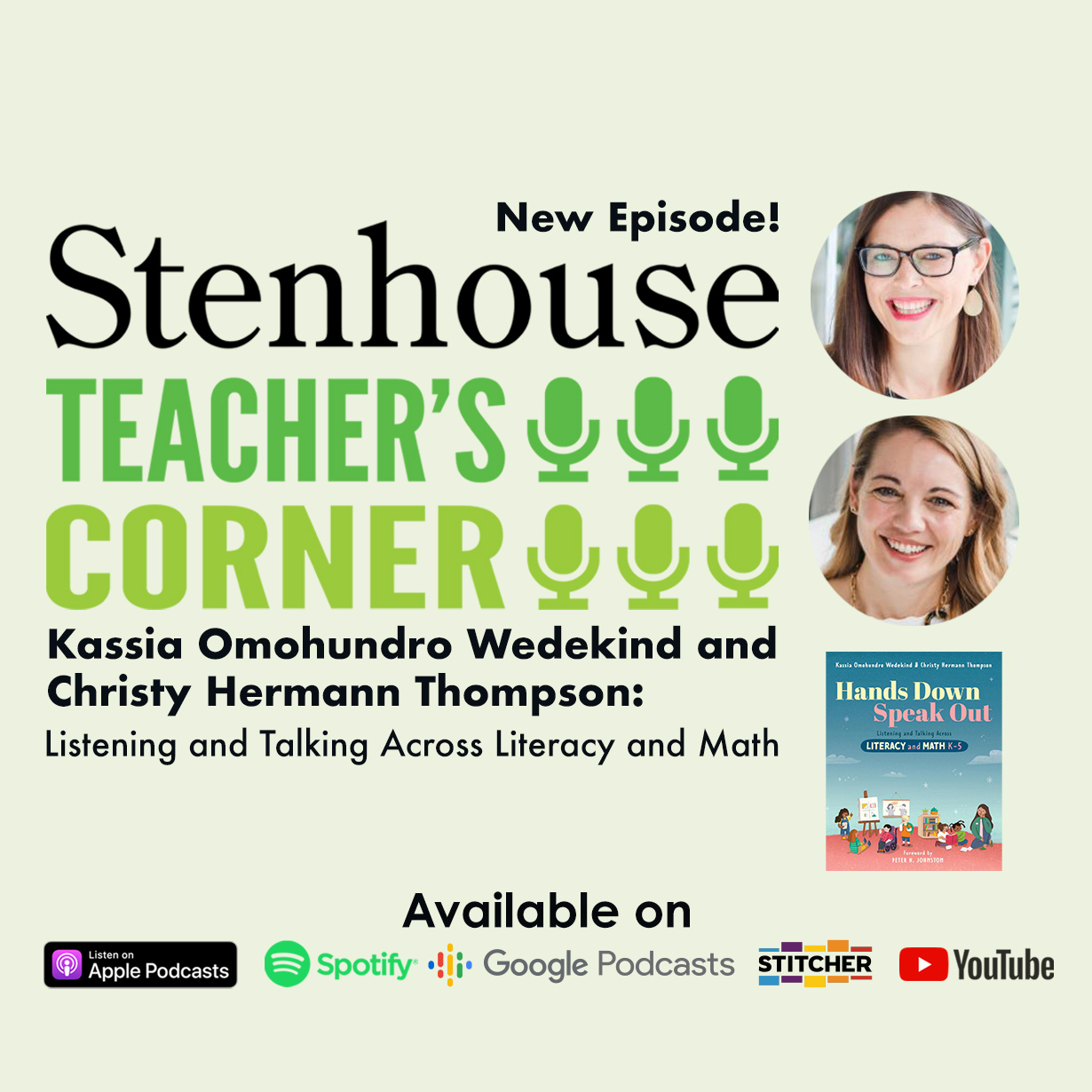 Kassia Omohundro Wedekind, and Christy Hermann Thompson, have spent years comparing notes on how to build effective classroom communities across the content areas.

How to help your students navigate a complex world 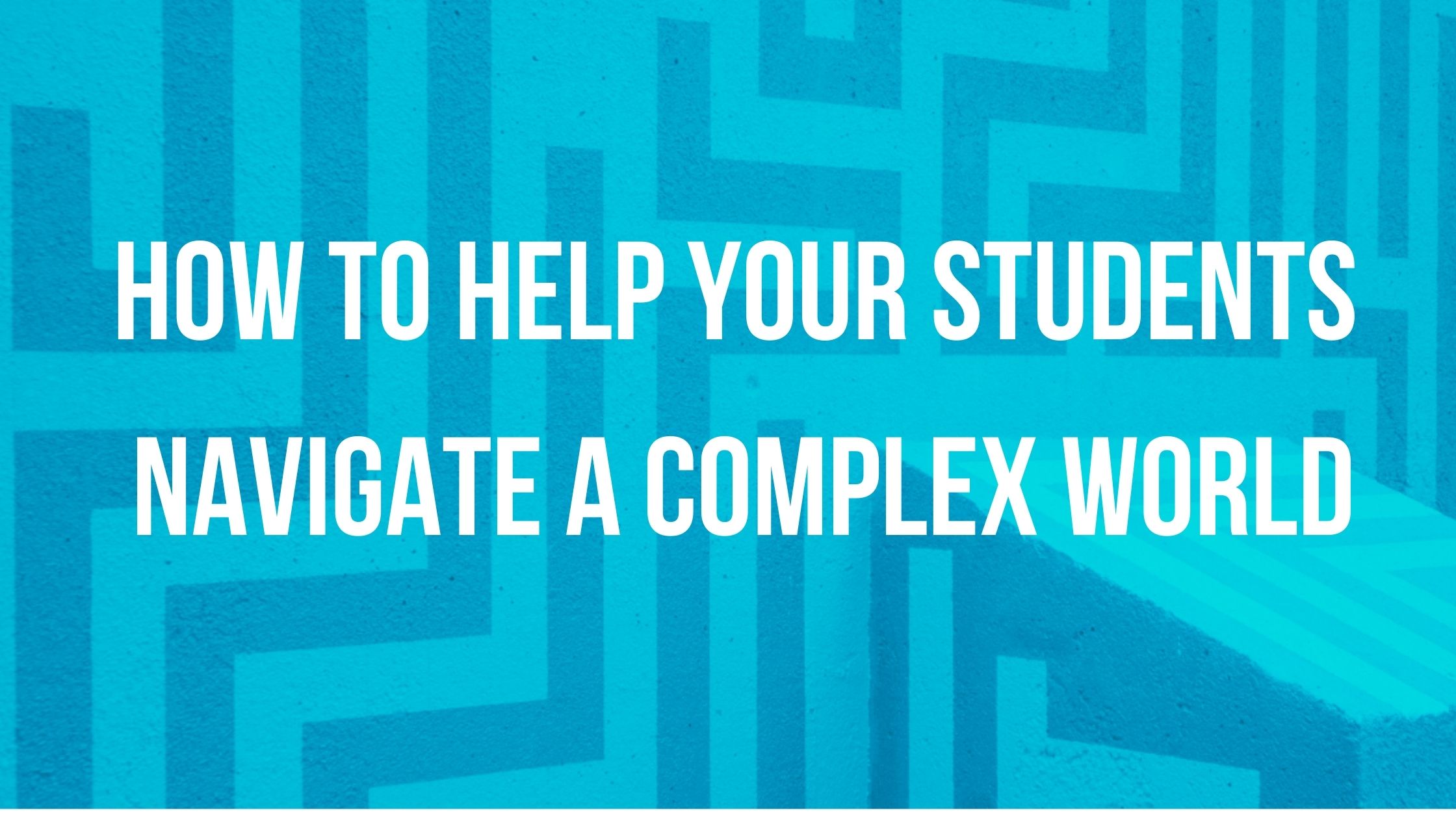 A generalist is a curious, open-minded, and skeptical person who is persistent in their quest for information that will help answer their burning questions—whatever they may be. In their new book Thinking Like a Generalist, Angela Kohnen and Wendy Saul show you how to help students build those long-lasting generalist skills so that they can become more thoughtful and articulate in their responses to real-world information, and be able to navigate this complex, information-filled world!

Teacher as Decision-Maker vs. Teacher as Curriculum Implementer 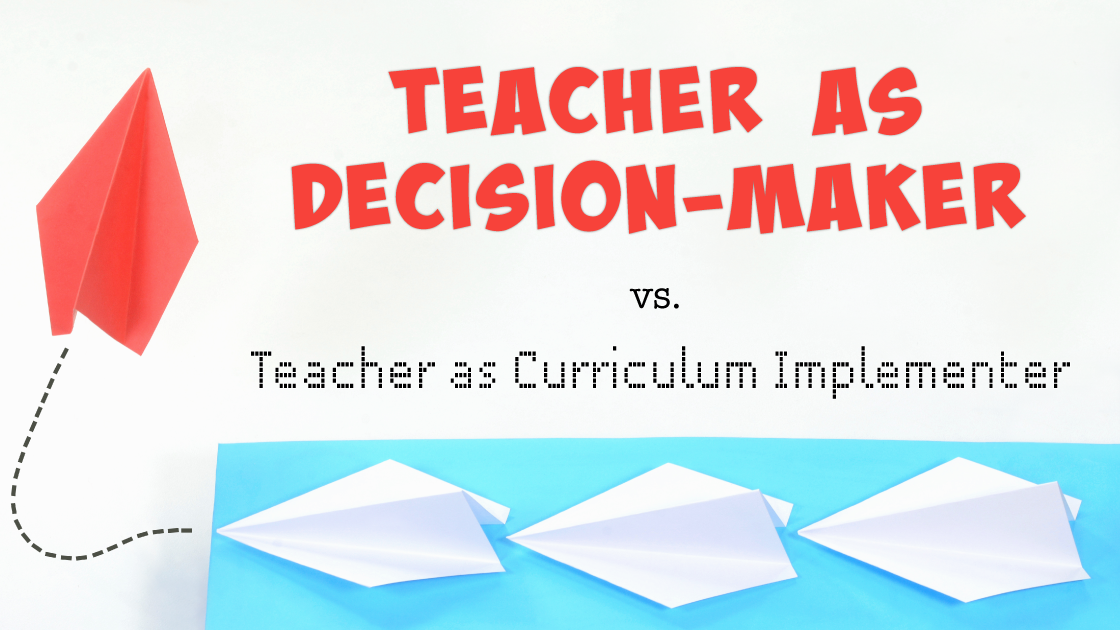 Sue is handed a teacher’s manual and told to keep up with the pace. Her evaluation is based upon her implementing the program her school district purchases and she is expected to teach the lessons in the order they were written regardless of whether she thinks the lessons match the students. 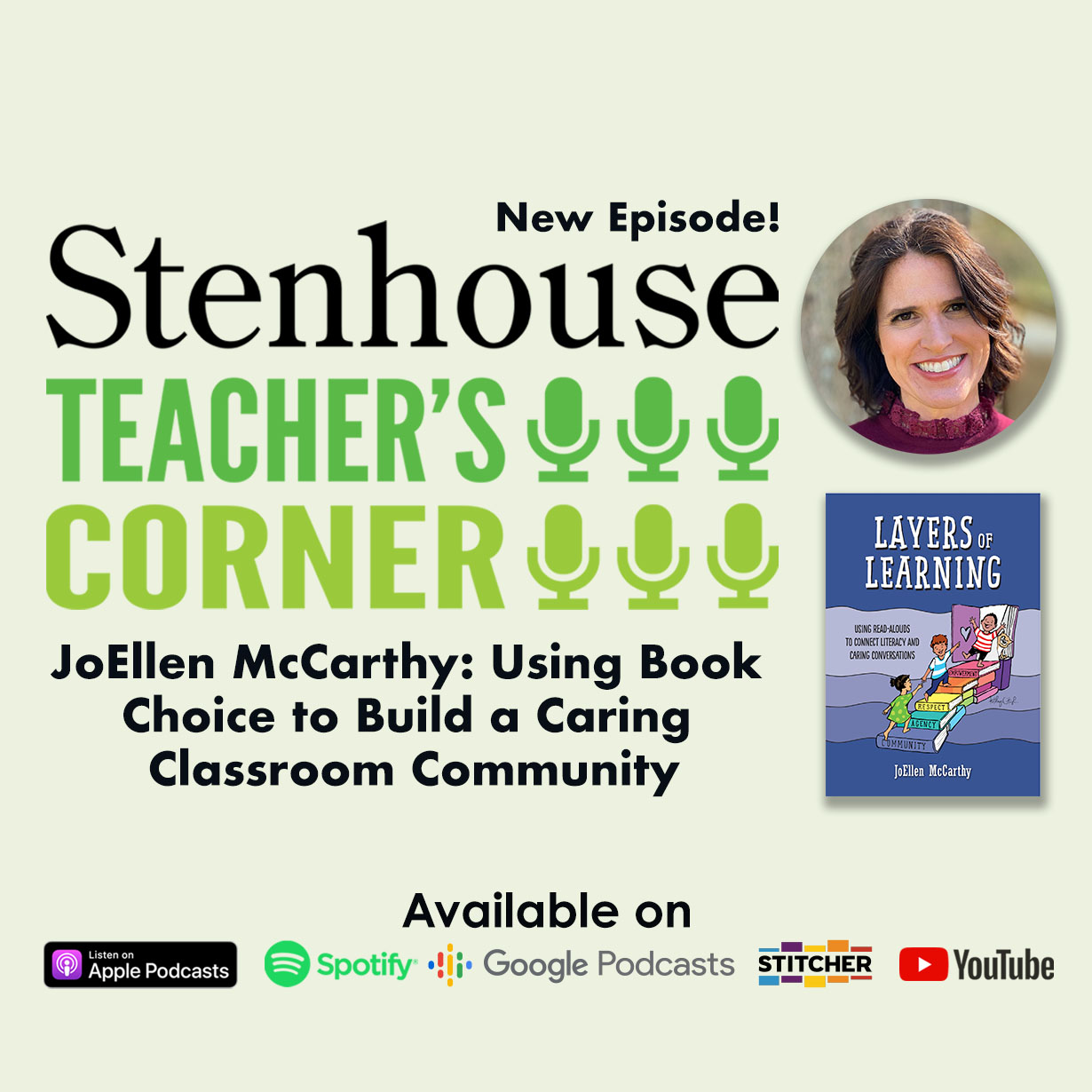 What if we viewed every read aloud as an invitation to learn more about literacy and ourselves?  That’s the opportunity presented in JoEllen McCarthy’s new book, Layers of Learning: Using Read-Alouds to Connect Literacy and Caring Conversations.

Earlier this summer, JoEllen joined us to talk about her new book, how to think differently about your classroom library, and offered several great choices of heartprint books. Have a listen!

Hands Down, Speak Out: Teaching to Maximize Development (and Possibly Save the World) 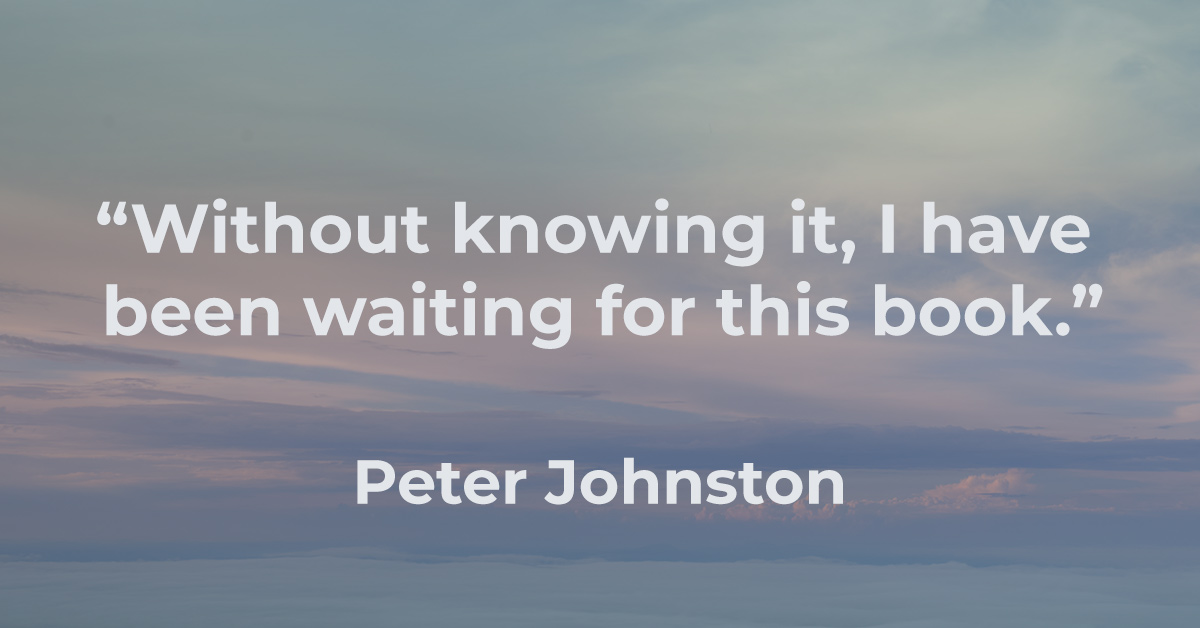 By Peter Johnston from the Foreword of Hands Down, Speak Out by Kassia Omohundro Wedekind and Christy Hermann Thompson

Knowing how to build ideas together, to disagree civilly and productively, and to collaboratively solve problems is the foundation of civilization.  All advanced human accomplishments have been, directly or indirectly, collaborative accomplishments mediated through language: higher mathematics, modern medicine, cell phones, music, theater, and certainly democratic society itself. Multiple minds working well together overcome the limitations of individual minds. When children know how to think together well, they can solve more problems collaboratively than can groups who have not learned how to think together (Mercer, Wegerif, and Dawes 1999). But that’s not all. As they become more capable as a group, the individuals in the group become more capable than students who have not learned how to think together. This, alone, should place the ability to think together at the center of school curricula. It would also be sufficient reason to put Hands Down, Speak Out at the top of teachers’ and administrators’ reading lists, though there are many more reasons to do so.

If you're a secondary math teacher looking for resources to get your professional learning on track this summer, look no further than this impressive lineup from Stenhouse. With all, or even just one, of these thoughtfully created books, you can find new ways to get your students more engaged and even excited about the math they're doing! Let's take a look. 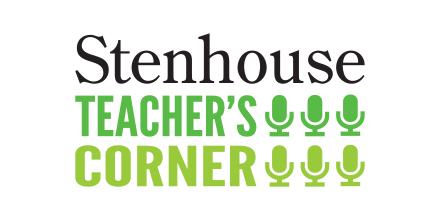 Did you hear? Your professional learning just got easier.

Wouldn’t it be nice to discover valuable new teaching practices all while on your morning walk or relaxing in the shade this summer? Well put in your ear buds and subscribe to the Teacher’s Corner Podcast from Stenhouse and get ready to expand your professional learning for free, on your own time.