Many early elementary math teachers are familiar with quick image routines that focus on the question “how many?” Usually a teacher shows an image, often of an arrangement of dots, for a few seconds, hides the image, and then asks students to describe how many they saw and how they saw it. This math routine helps students build number sense and provides an opportunity to talk about mathematical ideas as a class community.

Beyond the “How Many?” Question

Antonia suggests that teachers ask themselves several questions when choosing what kind of quick image to use with students.

As young students develop their understanding of more and less and how to compare quantities, Antonia recommends using different kinds of quick images she calls Comparing Quantities to help students grapple with these ideas over time. Antonia writes:

Magnitude (an understanding of more and less) is a big idea in early number. Although it is often easy for students to compare sets and say which is more (or who has more), it is more challenging for them to answer the question “How many more cookies does Toni have than Dani?” or to make the two sets of cookies equivalent. The complexity of this question is directly related to some important early childhood math ideas, including cardinality, part-whole relationships, and equivalence (Kamii 2000). 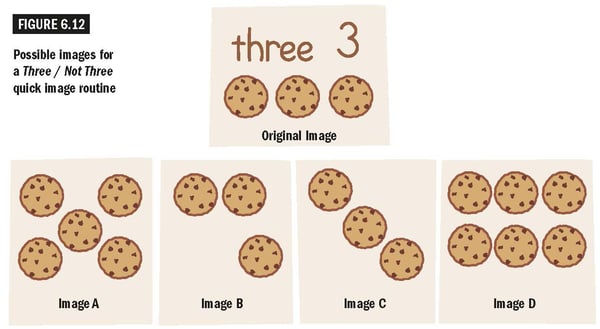 The goal of this quick image routine is to have children compare two sets where one is permanently in view (e.g. the three cookies at the top of Image 6.12) and the other is shown as a quick image (Images A-D in Figure 6.12). Students use thumb symbols to indicate whether the set is three or not three (or whatever quantity you have chosen for the routine). At the end of the routine, the teacher displays all the images together and the class revisits which ones are three and which ones are not three, sorting the images accordingly, using a T-chart (Figure 6.13). 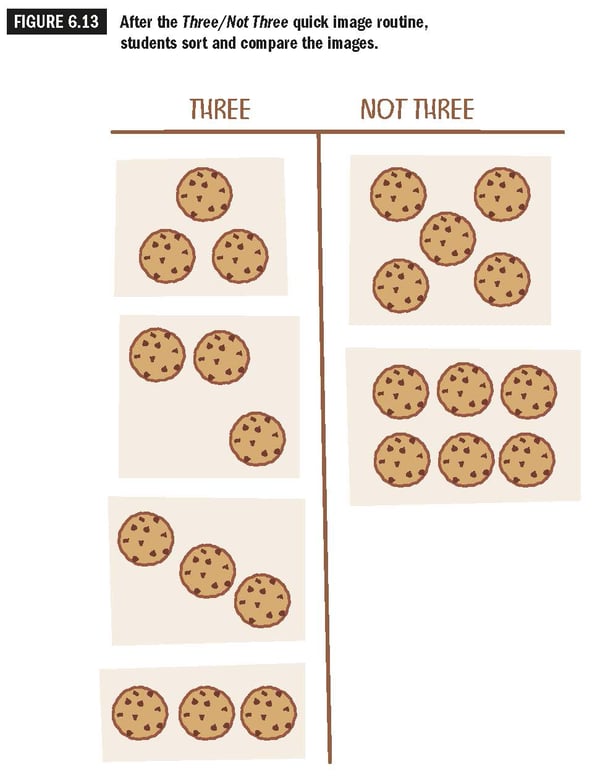 Ways to Extend The Routine

The ___/Not ___ quick image routine can be extended through the early childhood grades. Take a look at a few ideas for how you might use this routine to support students in developing ideas about ten and twenty. 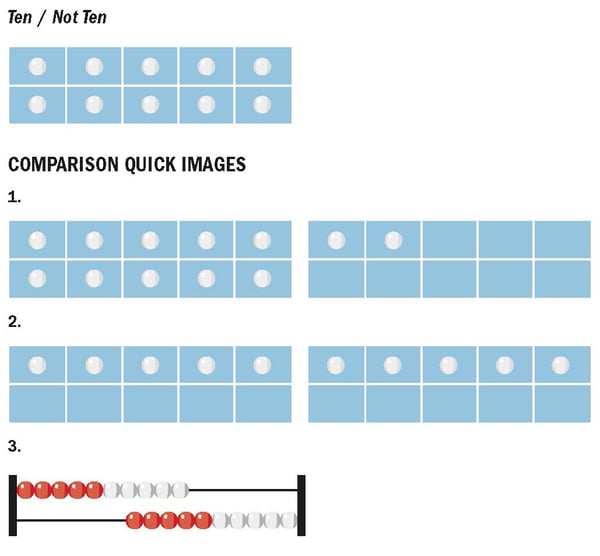 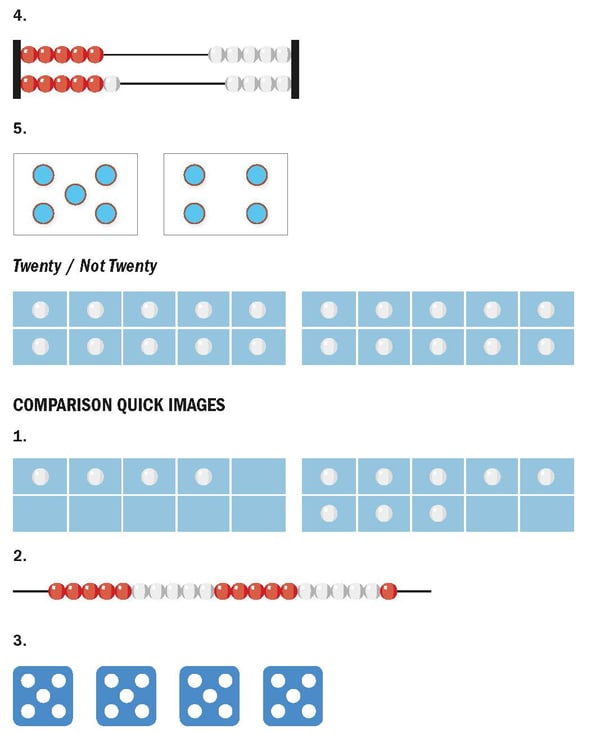 Want to try out the ____/Not ____ quick image routine in your classroom? You can download sample slides and teacher notes here.  Make sure to open the PDF in Adobe Acrobat in order to fully view both the slides and the teacher notes. 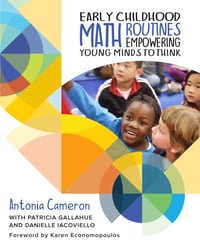