As students dive into their study of fractions and decimals, making a number line together as a class can be a useful routine for developing and deepening number sense.

In her book, Number Sense Routines: Building Numerical Literacy Every Day in Grades K-3, Jessica Shumway explores this routine which she calls the Organic Number Line.

“The Organic Number Line is one section of a ‘whole number’ number line; with it, you magnify the number line from 0-2. It is ‘organic’ because your students continuously add to it throughout the year. It is ever changing based on the experiences in your class” (72-73).

Jessica writes about the importance of beginning the study of fractions with many experiences with region (area) models and set models. “Children will need a variety and plethora of experiences with ‘fair share’ story problems. They need visual understandings of region models of fractional amounts (like pies, brownies, and pizzas) and set models of fractional amounts (like the fraction of crayons that are blue) as well as clear mental models of important benchmarks like halves, thirds, and fourths” (73). 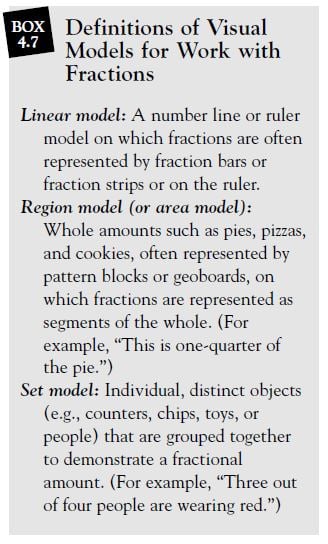 In Jessica’s classroom she began with a six-foot long piece of string stretched across some cabinets near her meeting area and cards labeled with numerals and pictures. To start, Jessica’s third graders worked together to place the half and whole benchmarks.

Over time the class added various region and set representations of these numbers, followed by adding the quarter benchmarks.

The real power of the Organic Number Line routine comes from continued conversations about fractions and decimals. To facilitate rich discussions around the placement of these and other cards on the number line, Jessica used some of these questions below:

Big Idea: The Whole and Parts of a Whole

As the school year went on, Jessica found that students often referred back to the number line that continued to hang in their class. When her third graders grew winter wheat in the school’s garden, they made connections to the number line as they used measuring tools to keep track of the wheat’s growth. The Organic Number Line became a critical tool and model in the classroom and an ongoing way to make sense of fractions and decimals. 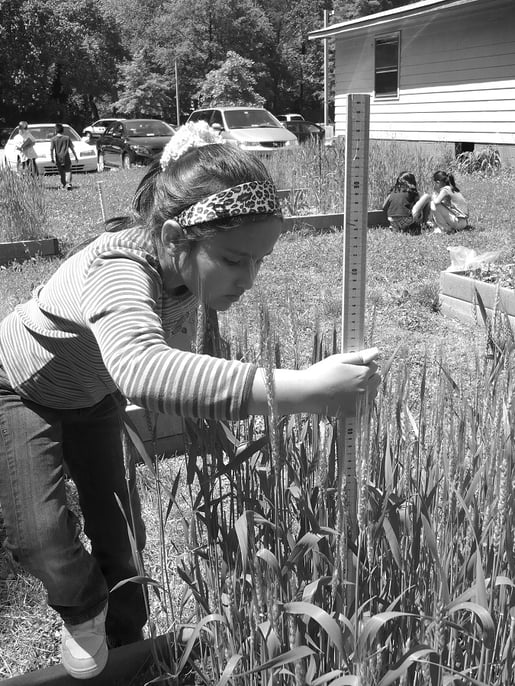 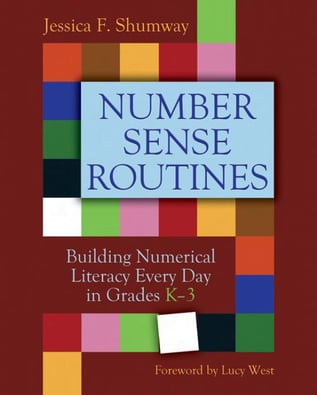