When many of us hear the term “math worksheet,” we envision a page crammed full of dull problem after dull problem. Maybe it’s a worksheet some students can crank out in a few minutes (in which case, was it really mathematically productive?). Or maybe it’s a worksheet some students stare at, wondering where to even begin, before eventually cramming it into the bottom of their backpack never to be seen again.

If one (or both!) of these scenarios describes your experience with math worksheets as a teacher or a student, then you might be wondering how the terms Open Middle Problems and worksheet go together.

What is an Open Middle Math Problem?

Open Middle problems are a specific kind of math problem designed to be approached and solved in multiple ways. While there is often a single correct answer, the problems are designed to offer room for experimentation and draw both on students’ procedural and conceptual knowledge of mathematics. 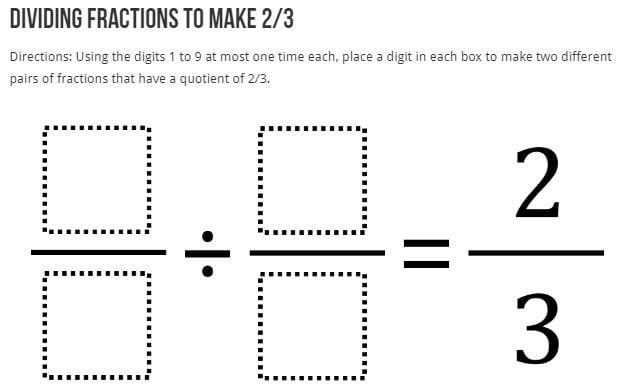 What is the Open Middle Math Worksheet?

Students who have experienced math only as a set of procedures to follow may initially feel uncertainty around Open Middle Math problems.

This is where the Open Middle worksheet comes in handy…[T]he front side has a space for the student’s name, the date, and the period number as well as their first, second and third attempts. The back side has spaces for their fourth, fifth, and sixth attempt. Each attempt has three components: 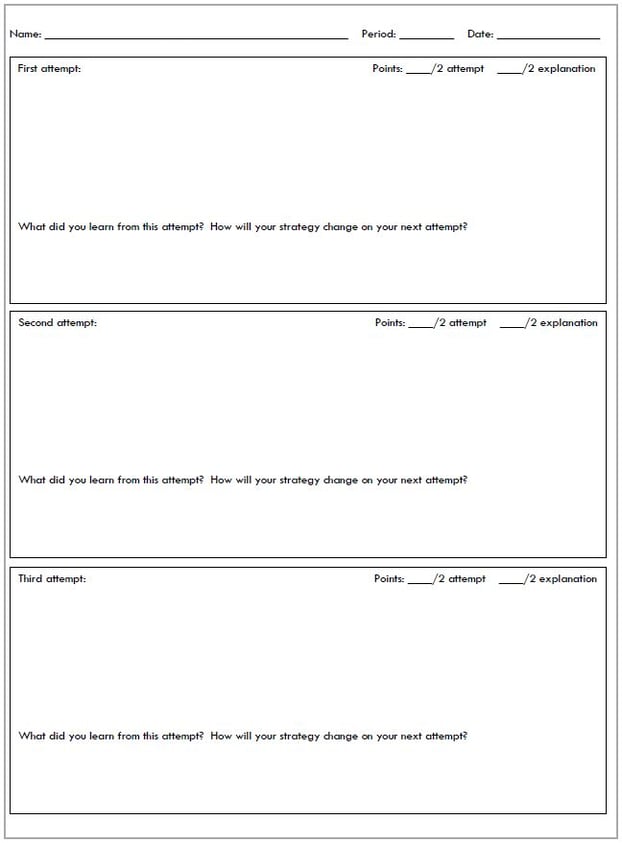 This focus both on multiple attempts and learning from each attempt incentivizes a subtle but important idea: While persevering through multiple attempts is great, students learn best when they take time to reflect on the mistakes they made and think about the changes they’ll try next.

What Does the Open Middle Math Worksheet Look Like in Action?

In Open Middle Math, Robert shares his favorite piece of student work from an eighth grader he calls Isabella.

Isabella and her classmates were asked to solve the problem: “What is the greatest area you can make from a rectangle that has a perimeter of 24 units?” 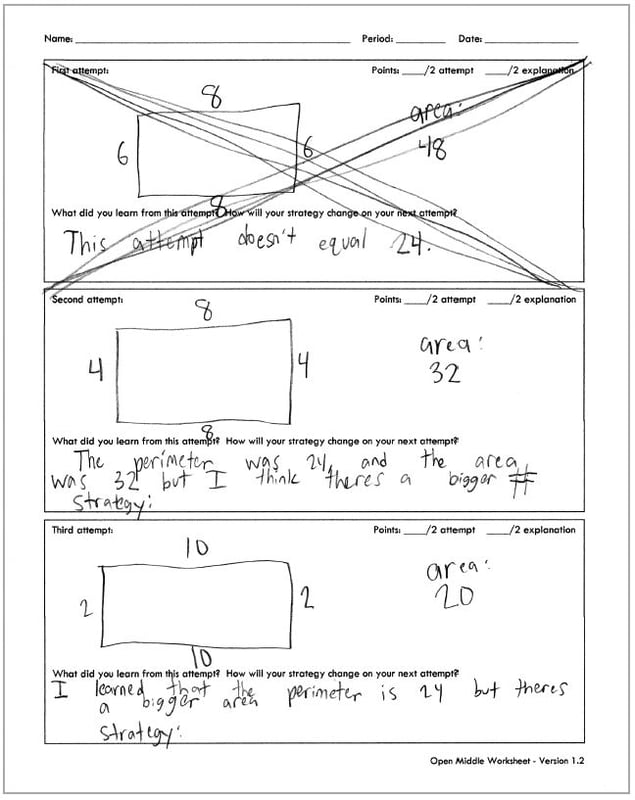 Just by looking at her worksheet, we can see how Isabella at first struggles to even create a rectangle with a perimeter of 24 units, but then figures it out in her second attempt. In her other attempts at the problem, Isabella plays with different strategies for increasing the area of the rectangle while maintaining a perimeter of 24. In the end, she writes, “Every time the width got bigger so did the [area].”

Robert reflects, “I remember this student beaming with pride as she realized that she solved a problem she might normally give up on.”

Give the Open Middle Math Worksheet a Try! 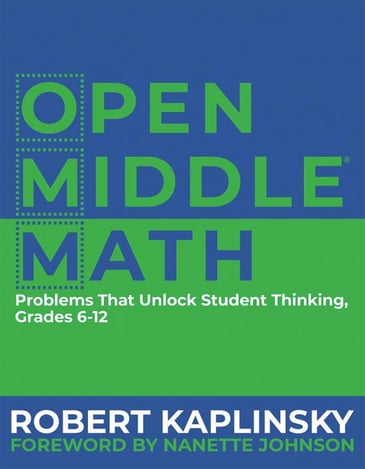