In today’s blog, we’re highlighting two of our favorite games from Well Played, Grades 6-8. Each game and puzzle in this book includes a detailed explanation of the math, what to look for as students play, variations to extend or support game players and exit questions designed to help you assess how students are making meaning in the games and puzzles. You can click on the link for each game to download a full description and materials to play. 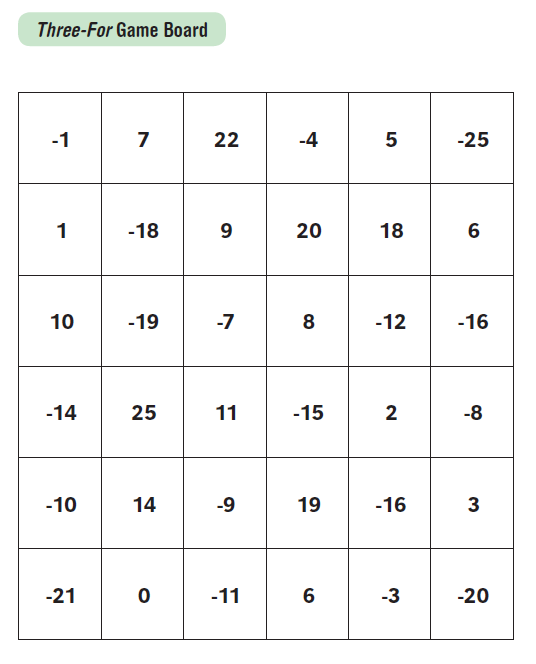 It takes time for students to understand operations with positive and negative integers. In particular students may struggle with interpreting the minus sign and develop the habit of using language such as “negative negative five,” rather than the more powerful “the opposite of negative five” (Bofferding 2010). Frequent opportunities to discuss expressions involving integers can support students’ development of more productive terminology.

In this game, playing cards represent negative (red) and positive (black) target numbers. Teams must then find three numbers on the game board to use in an expression with a value equal to the target number. Additional points are scored if the numbers chosen are adjacent on the board, which encourages students to consider a variety of options.

Four of a Kind 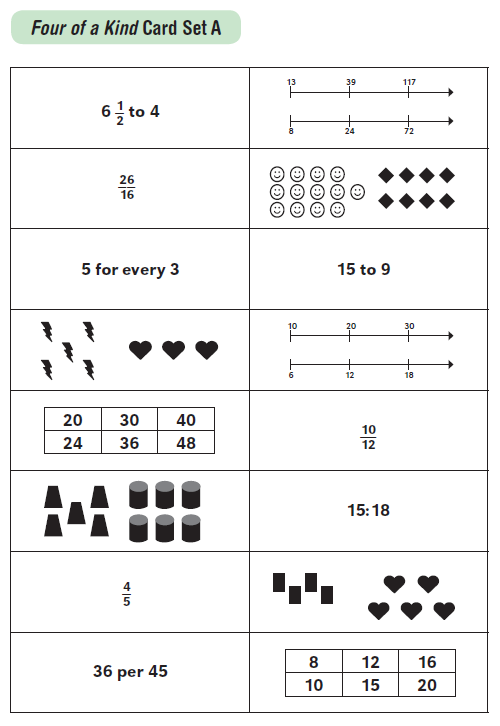 According to Margaret Rathouz and her coauthors, “The development of precise multiplicative language is critical in understanding ratio relationships in preparation for later work with rates, scaling, proportions, and the concept of slope,” (2014, 40). Such language includes a variety of phrases such as for each, for every, times as many, and per. We want our students to use this vocabulary as well as to connect it with other non-verbal representations of ratios.

The goal of this game is to get four cards with equivalent ratios. The ratios are represented with words, pictures, symbols, tables, and double number lines.

Are you interested in even more math play? Well Played has twenty-five games and puzzles for grades 6-8, focusing on the number system, ratios and proportional relationships, expressions and equations, statistics and probability, and patterns, graphs and functions. You can read more about Well Played on our website, including a free preview of the book. And make sure to check out the other grade-band versions of this book Well Played, K-2 and Well Played, 3-5. 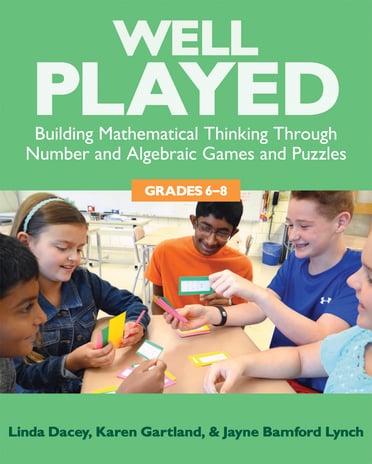