In this episode of Teacher's Corner, Stenhouse authors, Paula Bourque, Matthew Kay, and Terry Thompson discuss the myth of the perfect teacher, what we get wrong—and right—about teacher appreciation, and how we can show appreciation year round. 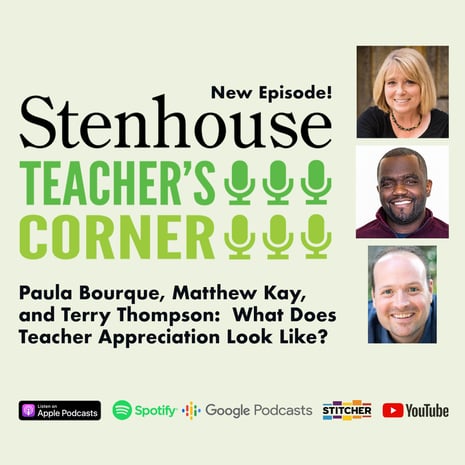 Links mentioned in the podcast.